Last week, I introduced you to my guilty pleasure, The Replacements.  The Sentinels, the team Gene Hackman’s character Jimmy coaches, came up just short of a win in their first game.  His quarterback, Shane Falco (played by Keanu Reeves) called a run instead of trying to pass it.  He was scared to have the ball in a critical situation.  Leadership is lacking.

At the next team meeting, Jimmy addresses the problem. “A real man admits his fears.”  He asks the group to share what they are afraid of.  After delving into the fear of different insects, Shane offers up his fear—quicksand.  This gets some confused looks and raised eyebrows.  Shane explains,

“You’re playing, and you think everything is going fine.  Then one thing goes wrong.  And then another.  And another.  You try to fight back, but the harder you fight, the deeper you sink.  Until you can’t move…you can’t breathe…because you’re in over your head.  Like quicksand.”

Shane was talking about a football game, but I experience the quicksand all the time.  My wife and I have been out on a date, and I said something she took the wrong way.  She responded to the hurt and went into attack mode.  I retaliated and suddenly a beautiful date night became a war zone.  How did we get here?

It might happen at work.  I was a manager as we went through a fairly unpopular change.  Things were said, actions misunderstood.  The harder I tried to make it work, the worse the situation became.  A few months later, I was asked to find another position.  What just happened?

As Ron Burgundy would say, “Boy, that escalated quickly!”

No one has avoided the quicksand.  Maybe you were lucky enough to see what was happening and escaped before it pulled you under.  Or maybe not.  Your marriage ended in divorce.  Your kids won’t talk to you anymore.  Your car broke down; kids got sick, you couldn’t pay for it all, and you ended up in the street.  Maybe the quicksand looks like work and success, and you find yourself overwhelmed with things to do and unable to tend to the things that matter.  Like Shane, once you experience enough quicksand, what you want and what you truly desire becomes unimportant, and your dreams die.  Your heart dies.

And that’s really what the movie is about—how Shane got his heart back.  I believe every man can relate to Shane.  We have grown to accept what the quicksand has given us.  We’ve learned it’s better to do it this way.  It’s safer.  You can’t suffocate if you’re already dead inside.

And like Shane, we can get our hearts back.  We can awaken our dreams and challenge the quicksand we will encounter.  We can find meaning and purpose in our lives, and awaken our hearts once again.  So that when we stumble into the quicksand, our hearts won’t die in the struggle.

Paul McDonald is a writer who shares the story of God’s victory in his life at The Original PMcD.  He lives in Charlotte with his wife, who have four children between them.  He loves corny comedies and knows way too many movie quotes.

I have a confession to make.  It’s pretty embarrassing.  I love the movie, The Replacements.  Gene Hackman.  Keanu Reeves.  The football scenes aren’t close to accurate, and you can anticipate where the story is headed.  But I enjoy how they get there, and whenever it comes on, I find myself sucked into the movie.

The film tells the story of a football team filled with replacement players.  Gene Hackman plays Jimmy McGinty, an old coach with a unique way of looking at a football team.  The full-time professional players went on strike, and so he is tasked with putting together a team of replacement players so the games will continue.  Jimmy looks up men who had great potential but were sidetracked or lost their desire to play.  Jimmy is a master at finding talent in overlooked people.  His challenge is to take all of these unique individuals and create a team out of them.

Keanu Reeves is the washed up ex-quarterback Shane Falco.  He had so much promise coming out of college, but he’s now cleaning boats and living a pretty empty life.  Jimmy saw greatness in Shane.  The quarterback had a rough start to his career and lost his confidence and his heart.  Jimmy goes to meet him on the boat where Shane lives to talk him into joining the team.

Jimmy asks, “You know what separates winners and losers?”

“No, getting back on the horse after getting kicked in the teeth.”  Shane remains reluctant, happy to hide from the pain of his past failure.  Jimmy asks, “Is that how you want to be remembered?” but Shane doesn’t want to be remembered at all.  The coach believes in him, and Shane joins the team.  Through practices and into the first game, his fear of failure and the shadow of the past loom over him.

Despite all of this, the team has a chance to win on the final play.  The coach wants Shane to pass the ball, but he changes the play to a run, and they come up just short of the end zone.  Shane’s head drops as he walks off the field.  Jimmy finds him in the crowd and asks what happened.  “If I had wanted to run the ball, I would’ve called it that way! I put the game in your hands…you got scared.  Winners always want the ball when the game is on the line.”  Jimmy walks off, leaving Shane to wonder exactly what happened.

I relate to the quarterback in a lot of ways.  He had big dreams and aspirations.  He wanted to be great.  But something took him out.  Life didn’t go the way he thought it would.

Hasn’t it been like this for many of us?  Life hits us in many ways, and we don’t get to where we want to go.  We have a grand idea of what marriage will look like.  After a few years, we find ourselves struggling to relate to our wives.  Wondering why we got married in the first place.

Or maybe it was in the workplace.  We get stuck in the same job, every day a repeat of yesterday.  We hate it but are afraid to try anything different.  Afraid to fail or look foolish.

I think a lot of us feel like Shane.  Discouraged.  Just trying to make it through the next day.  Not daring to dream, but just accepting what life has handed us.  When it’s time to make a play or come through, we hand off to someone else rather than risk failing or looking foolish.

In the movie, Shane experiences a change of heart.  Over the rest of October, we’ll study the film to see what he did and how he changed.  And hopefully, we can follow his example to find our hearts.

Over the next week, try to watch The Replacements.  You’ll have to suspend reality, especially if you know the rules of football.

Paul McDonald is a writer who shares the story of God’s victory in his life at The Original PMcD.  He lives in Charlotte with his wife, who have four children between them.  He loves corny comedies and knows way too many movie quotes.

For years in high school, I vowed that this would never be the case. If my dad turned left, I turned right. I felt like we had nothing in common. My days were spent focused on school, athletics, and girls. He spent his days working at his boring government job, and sometimes we’d see each other in the evenings. And when I did see him, he was tired and grumpy. I drew my line in the sand and said, “There’s no way I will end up like this man.” I would say to myself, “I was made for more.” 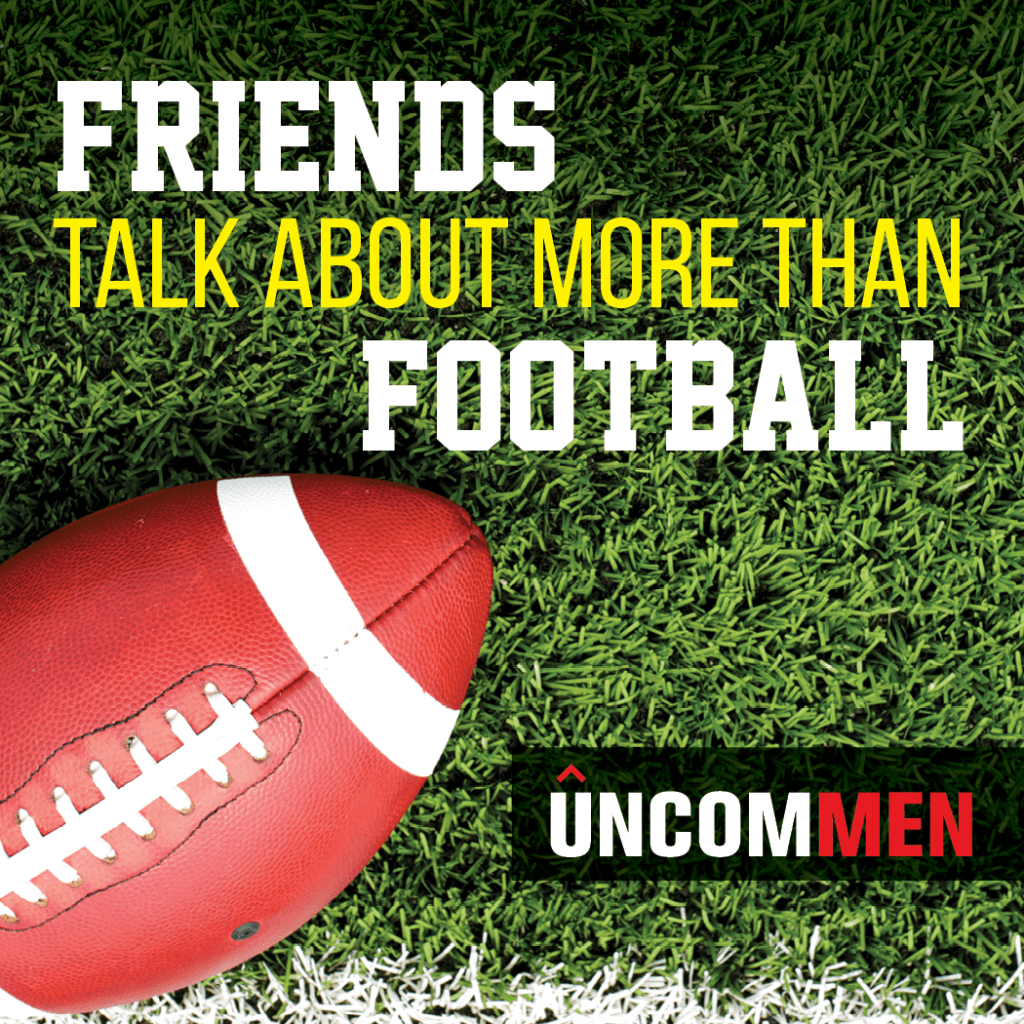 When I was a boy, my father would often repeat the saying to me: “Choose your friends wisely.  Because that’s who you will become.”

In youth, we are often told that hanging out with the wrong crowd will get us in trouble. And on the flip side, we should seek out friends that are “on the right path.” But what about the middle-aged guys? What are we becoming? It should come as no surprise that all studies show we most often become exactly who we are around. 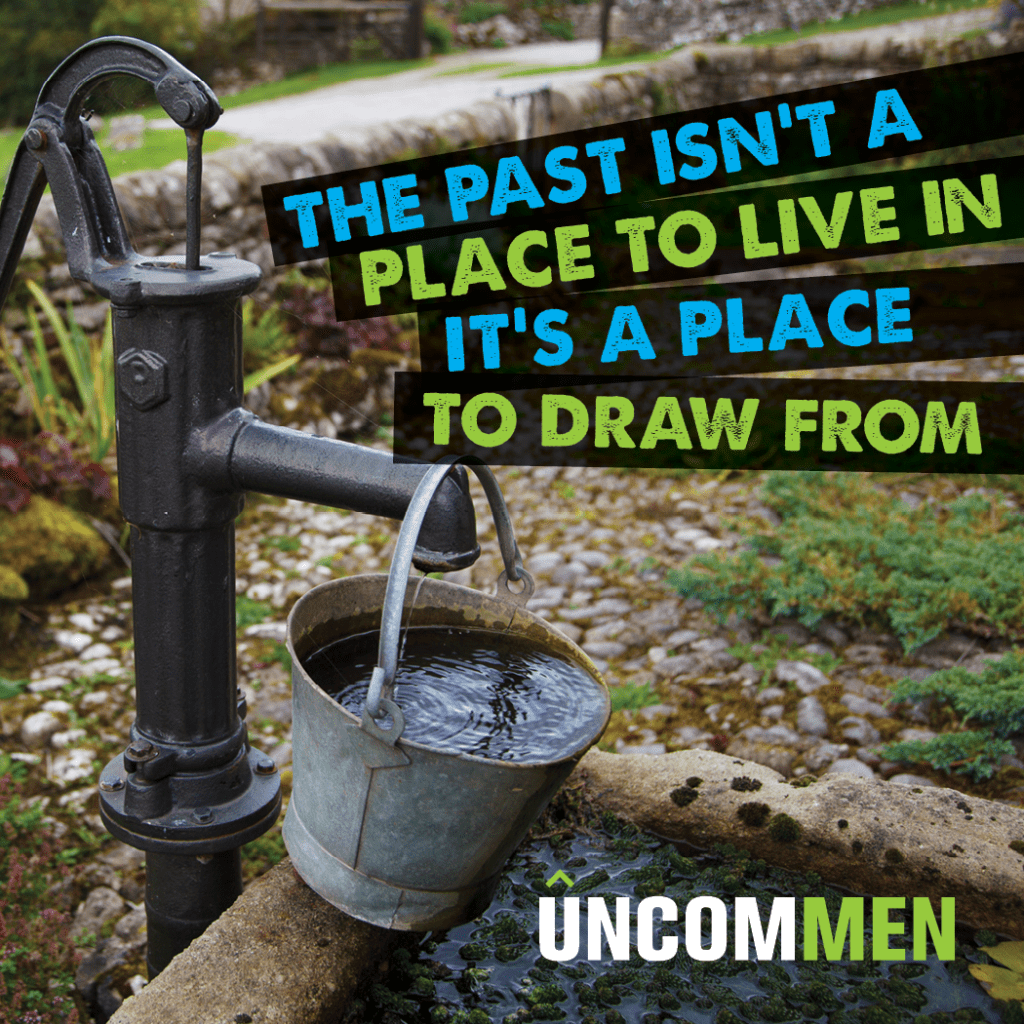 For as long as I can remember, I have loved historical documentaries. At times it feels like I could get lost in the stories told by Ken Burns, or the books written by David McCullough. As a little boy growing up in Virginia, I went on field trips to old Civil War battlefields and learned about the past through trips to the Smithsonian in Washington D.C. When I went to college in Richmond, VA (VCU), the very house I lived in was built in 1862. History was all around me.

We all remember that feeling: making our way through noisy school hallways. Sounds of yelling, laughter, footsteps, lockers slamming, feet shuffling, doors opening and closing. The announcements burst through the loudspeaker, the bells ring, the hallway clears, and we sit down at our desks. Class is in session.