Home | An Uncommen Blog | Husband | Flippin’ Eggs: What to do When Life Seems too Busy 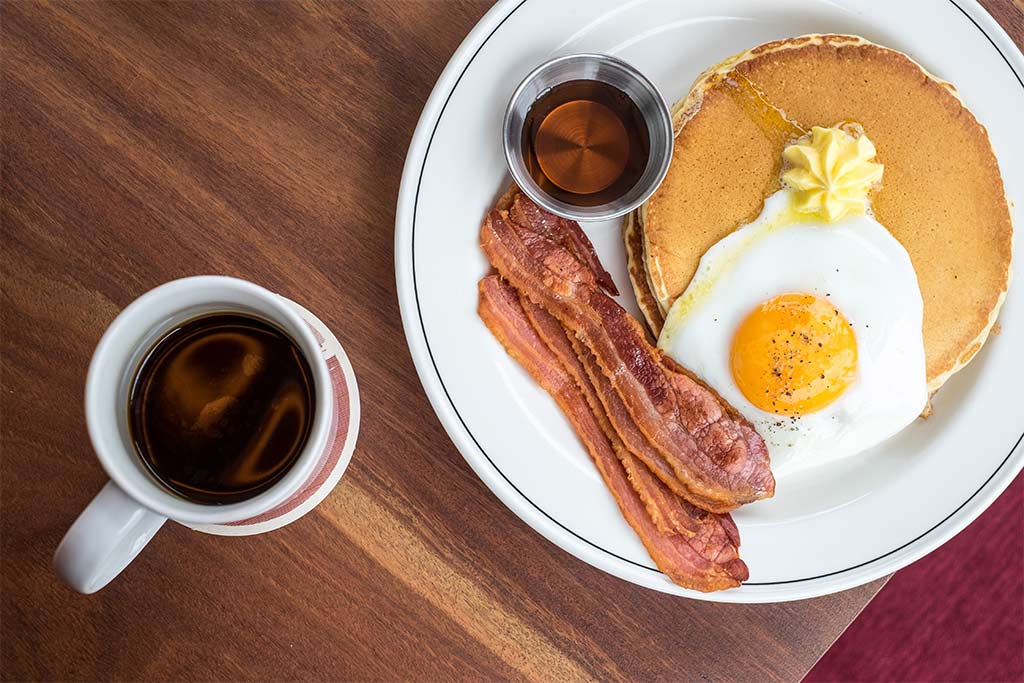 With the farm full of four young children, 2 Golden Retrievers, 20 chickens, and 1 guinea pig, there is very little time in the week for yourself. Not complaining, just explaining; life is FULL. One morning a few weeks ago, we were having some coffee time on the front porch before the kiddos started rustling. Tiffany was layered in a pile of blankets, sipping her cold brew coffee through icy breaths. As we caught up on calendar changes and took a moment to appreciate the colors of the leaves in late November, she said something incredibly profound: “I’m not as present as I want to be.”

She said that when she is interacting with our kids, doing homeschool, farm chores, cooking, cleaning and everything else, that she felt as though only a part of her was present in each of those moments. Like she was only giving parts of herself to each of those priorities but wasn’t fully present in any of them.

Even though life is always full, how much of the space are we presently filling?

She continued: “I was frying up some eggs for the kids- Henley and Finn were running laps around the island in the kitchen; the dogs were howling to be fed, the laundry monster was getting bigger, and my phone was buzzing with texts; it was only 7:45 am. I cracked the eggs in the skillet and turned to grab Haven, who was a mess of tears on the floor, I reached for my phone and started upstairs to change the laundry. I knew I had a few seconds before I needed to flip the eggs and I thought- if I could get the laundry changed and Haven calmed down then rush back downstairs to flip the eggs, I could kill three birds with one stone.” — three birds, I said…?

Everything, every second, every aspect of the day seems rushed; forced- even impossible. So how is it done? How does one go through their full day, jam-packed with meetings, budgets, a sink full of dishes, travel, screaming kids, commuting, hard-work and impossible odds and still be fully present for each part of it without losing their minds? The answer is simple… What’s the rush?

My dear friend Jerry recently gave me an update on how he was doing and the number of doctor appointments he has to go to in a given month. I asked him how hard that was; fighting traffic, waiting rooms and then all the trips to the pharmacy and physical therapy. He’s 72 years old. He said, you plan your day around your appointment, and you don’t rush. What’s the rush? Most of the time he doesn’t even try and fit anything in between the appointments so he can be there… fully present and not stress about the next thing he has to do. I liked that a lot.

But let’s be honest… my wife and I aren’t 72 years old, and we don’t have just 1 doctor appointment or soccer game on a given day to orient our entire schedule around. It’s two different worlds- Jerry’s and ours. We have four young kids that depend on us for everything. And honestly, there isn’t enough time in a single day to get EVERYTHING done.

“There is a time for everything and a season for every activity under the heavens.” – Ecclesiastes 3:1

The eggs were burnt– no, they were beyond burnt. They weren’t even eatable enough for our hungry dogs! Even though Tiffany and I don’t share the reality that our dear friend Jerry does, our struggle isn’t any harder than his, and the truth of that principle does apply to both of us. Being present doesn’t mean being perfect. Some things are going to drop, and the eggs are going to burn. But our willingness and desire to orient our lives, each day around Jesus is what brings the peace that passes all understanding. We can function in the madness and be willing to say “no” to a few things that seem important, but they aren’t.

About the Author: Nick Wimmer is the founder and former Executive Director at Camp Canaan based in Rock Hill. He is a writer of fiction, non-fiction, and curriculum-based learning and lives and works the land on Wild Branch Farms.